I’ve always been highly motivated and very driven. In college at the University of Oregon I was pre-med and playing Division I lacrosse, which meant hours of workouts followed by long nights at the library, travel most weekends, and a social life that was… lacking. It was rewarding, but physically and emotionally exhausting. 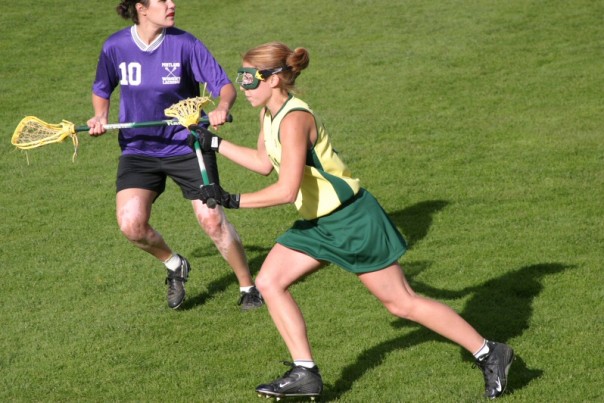 Early on in college I developed a very unusual gut infection. My symptoms were initially dismissed, which made getting a diagnosis and treatment very frustrating. I was diagnosed with the all-too-popular irritable bowel syndrome (IBS), and thrown a bottle of pills that made me dizzy but didn’t help. I trusted Western medicine, but suddenly my trust was breached. I had to press the doctors at the student health center for real testing, and only then did they discover a gut bug that required immediate treatment with strong antibiotics. My gut has never been the same since that treatment.

Then in my senior year I strained my quad muscle in my leg four times, and each time I struggled to recoup it. I would later learn that this injury–that failed to heal–was very much connected to my newly acquired digestive problems. These issues were physically stressful, draining, and isolating–and they went largely unresolved during the whirlwind of my undergrad years.

Finishing undergrad felt like finishing a marathon. I was wiped.

My first year out of school I worked full-time at a hospital as an anesthesia technician to gain clinical experience before applying to medical school. Working in a disease-based hospital system taught me that I did not want to devote my life to being the kind of doctor who focused on managing disease, rather than addressing root causes. Managing symptoms with pills hadn’t done me any good when I was struggling with my gut issues in college. Something seemed to be missing from the type of medicine I’d grown up with, but I couldn’t put my finger on it. The turning point came when my mother, an acupuncturist, handed me a book on holistic medicine. I devoured it. Then I discovered the National College of Natural Medicine, which trains doctors who focus primarily on natural, holistic medicine to support lasting health through a rigorous four-year program. It turns out that this was the training I had wanted all along, and after choosing the path of natural medicine I have never looked back.

Medical school is grueling. Four years of naturopathic medical school chipped away at my already depleted reserves. The mass amounts of information, onslaught of exams, and long days and nights camping out in the library made it nearly impossible to stay healthy. But at the same time, I found holistic practitioners who helped me begin to understand and heal both my quad injury and my digestive health issues, and who helped me support my adrenals as well as I could throughout school. I experienced firsthand how long-term stress significantly depletes and alters our delicate hormonal, digestive, immune, and metabolic systems. My natural medicine education became both a career endeavor and a very personal journey at the same time. After four years, I was wiped.

I graduated totally drained, feeling like I had completed a triathlon. But it still didn’t sink in how depleted I really was.

After graduation and right before my summer board exams, I got pregnant with my daughter Linnaea. The next months were a blur of morning sickness, dragging myself into the office to build my business, and laying exhausted on the couch. It felt hopeless: I felt like I had nothing to give to my patients. This new stress chipped away at the reserves I was trying to build. Natural medicine and transforming people’s health were my passions, but instead of being nourished by them, I was being drained of the last few ounces of my energy.

My daughter Linnaea was born in the spring of 2011 and once again I was swept away by the tidal wave of giving energy, attention, and care to things outside myself. Babies are a blessing, but my energy reserves were empty. She felt like a drain. Not only was I more depleted than before, but I was caught in a spiral of guilt because these feelings about the exhaustion rather than the blessing of mothering seemed wrong–like a secret no new mother could share. In the face of one of life’s biggest gifts, I didn’t want to be judged for not being able to fully enjoy this little miracle as I felt I should. 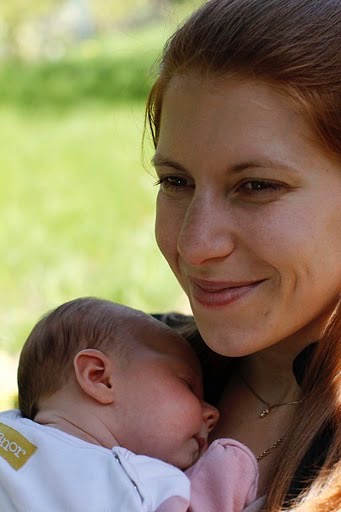 I was so tapped out that I had to take seven months of maternity leave, which wasn’t really financially possible. We took out loans to make ends meet. I also needed to work at the hospital again, even as I was still building my naturopathic medical clinic. I was learning firsthand the difficulty of the decisions mothers have to make when it comes to balancing work with caring for ourselves and our children.

I felt like I was going to collapse. Something had to give.

I bottomed out, and I was finally ready to fully embrace the advice of my wellness practitioners–creating powerful personal and family health routines, prioritizing a healthy diet, and digging down to root causes instead of treating symptoms. I had several amazing practitioners on my health team, including a naturopathic physician, a chiropractor using applied kinesiology, and an acupuncturist. A slow mental shift was starting and I began to reclaim my own vitality by listening to my body, accepting the help I had around me, prioritizing my own health, and using the tools I had learned.

My education had taught me about the body’s power to heal itself, and now as I paid attention to my body’s signals, I could feel that inner healing drive working within me. Before, I had ignored the signals and pushed on through my endless to-do lists. I prioritized my family’s health over my own.

Now I shifted to putting my own oxygen mask on first. I incorporated a self-care routine of natural medicines, balanced nutrition, meditation, rejuvenating lifestyle habits such as long, regular walks in nature, and perhaps most importantly, vital mindset changes shifting this routine from a luxury to a necessity. I started asking for help. I got acupuncture. I respected my monthly menstrual and sleep cycles. I prioritized scheduling in the things that inspired me but had nothing to do with work. My business became a creative endeavor, a challenge to feed my inner competitive nature. Caring for my daughter (who remains creative and very spirited!) was no cakewalk, but now I had the mental space to allow our relationship to feed my soul. I was able to slow down and see the world through her eyes–fresh, new, and fascinating.

I felt in control again, and I learned to respect my body’s innate healing power.

Over time I’ve learned to juggle things somewhat gracefully, and my health, practice, and personal life have thrived as a result. When my son Stellan was born, four years after Linnaea, I had to rebalance as a new mother again. I thought about how far I’d come since the first time around. Despite the challenging two-child equation and growing my family medical practice with my husband (also a naturopathic physician), I was able to slow down, listen to my body, and give myself what I needed to maintain my health and sanity in the midst of the everyday chaos. As I reflected during this time, I realized that my passion for working with mamas like myself was what would drive me going forward, both personally and professionally.

This site uses Akismet to reduce spam. Learn how your comment data is processed.